• Almost 60,000 conventional engines have already rolled off the production lines of this most modern factory in the Mercedes network. They increase the balance of Polish exports.

• At the end of September, the first of the three production lines for electric batteries was launched. Ultimately, the factory will produce 100,000 batteries for plug-in hybrid drives and fully electric vehicles.

• Despite the difficult economic and epidemiological situation, recruitment is proceeding as planned. The 1000th person has just been hired. This is Daria – as an assembler in the battery department. Women now account for 40 percent crew (the average in the Mercedes factory network in the world is 15%).

The Daimler AG concern and its Mercedes-Benz brand have invested over PLN 3 billion in Jawor in the last 4 years. On 50 hectares, a modern, intelligent and digitized factory for four-cylinder gasoline and diesel engines as well as electric batteries (for plug-in hybrid and purely electric vehicles) for Mercedes-Benz passenger cars was built. Production is based on the principles of Industry 4.0. It is automated (around 100 robots and 220 autonomous vehicles) and digitized (“digital twins”, AR and VR). It is also the first completely emission-free factory of Daimler concern – the plant is 100 percent powered by renewable energy from the nearby Taczalin wind farm. Heat is produced from biomass.

From November 2019 to today, almost 60,000 diesel engines with a capacity of 110 kW / 160 HP and 140 kW / 190 HP have been produced in Jawor. The engines for the compact models of the A-Class, CLA, GLA, B-Class and the flagship C-Class, GLC, E and S-Class models come off the local production lines. engines per year, efficiently increasing Polish exports.

– We are glad that the production of Jawor increases the balance of Polish exports. All “Made in Poland” engines go to our factories around the world. Soon we will be able to say the same about electric batteries – says Dr. Andreas Schenkel, CEO of Mercedes-Benz Manufacturing Poland, the company managing the plant. – The production of batteries for plug-in hybrid vehicles will start later this month with the launch of the first of the three production lines. The next two lines will start in the first quarter of next year. Ultimately, the factory in Jawor will produce over 100,000 batteries for plug-in hybrid drives and fully electric vehicles – he adds.

In addition to launching the production of electric batteries, the company is also celebrating the employment of the thousandth employee – a woman. This is a sensation in the Mercedes factory network, where the average share of women in the crew does not exceed 15%.

– There is no innovation without diversity of age, gender, origin and education. Innovations arise in a culturally and socially diverse environment. Poland is a fairly homogeneous country, but we care for this diversity, for example by actively encouraging women to work. They are doing very well in a high-tech factory and already account for 40 percent of the entire crew. This proves that we have managed to change the stereotypical perception that industry and new technologies are areas reserved for men – says Dr. Ewa Łabno-Falęcka from Mercedes.

One of the company’s flagship educational activities aimed at young women is the project “Girls GO Technology, or girls tame technology”, which has been launched since 2018. The addressees are students of high schools and technicians of the Jawor district, and its aim is to convince young women that new technologies can be tame and used successfully. 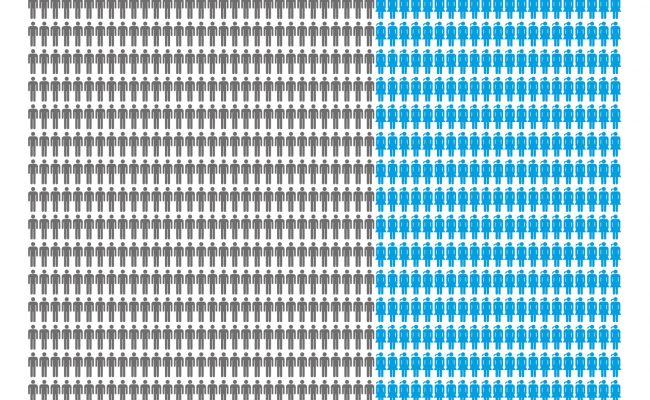